Representation of Companies in Magistrates’ Court – a cautionary tale 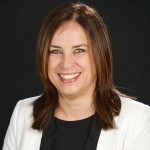 There are a number of companies which frequently send an employee or director to represent them in Magistrates Court. However, there are legal difficulties with this. Wakefield Quin litigator, Debbie Correia, discusses some of these issues.

The Magistrates’ Court is intended for small claims of up to $25,000.  There are quite a few companies who take the view that it is not worth the expense of hiring an attorney to sue or defend such a small claim, and so send one of their own staff or a debt collection agency to represent the company.  However, there are problems with this approach, including:

A natural person is entitled to go to court and represent themselves, known as a litigant in person.  A limited company is in a different position. By incorporating, shareholders take on certain trading privileges, such as not being personally liable for the debts of the company.  However, another consequence of incorporating is that a company must appoint agents or representatives to act on its behalf. In a court environment, only a qualified barrister is legally entitled to represent a company.

Whenever a company sends a representative to court who is not a barrister, that representative is breaking the law and, if convicted, could face 6 months in prison or a $1,000 fine or both.  Potentially, the company could also be convicted for encouraging or procuring an unqualified person to act as a barrister.

The position was highlighted recently in the case of Bermuda Forwarders Ltd v W Wales.  Ms Wales had sued Bermuda Forwarders over a bill of lading in the Magistrates’ Court.  Bermuda Forwarders opted not to hire an attorney but instead sent an internal representative.  They lost the case and so appealed to the Supreme Court, this time with a lawyer.  The Chief Justice allowed the appeal but said that a limited company can only appear in court through legal counsel.  He said that the appeal might not have been necessary if the company had retained a lawyer to properly represent it in Magistrates’ Court.  As a consequence, the Chief Justice declined to award the company its legal costs of the appeal.

The Magistrates’ Court is becoming more alert to these issues, and companies – and their employees – attempting to appear without proper counsel can expect to face the consequences in due course.

Wakefield Quin Limited is aware of other cases in Magistrates’ Court where a company’s case has been dismissed with costs due to a failure to obtain properly qualified legal representation.